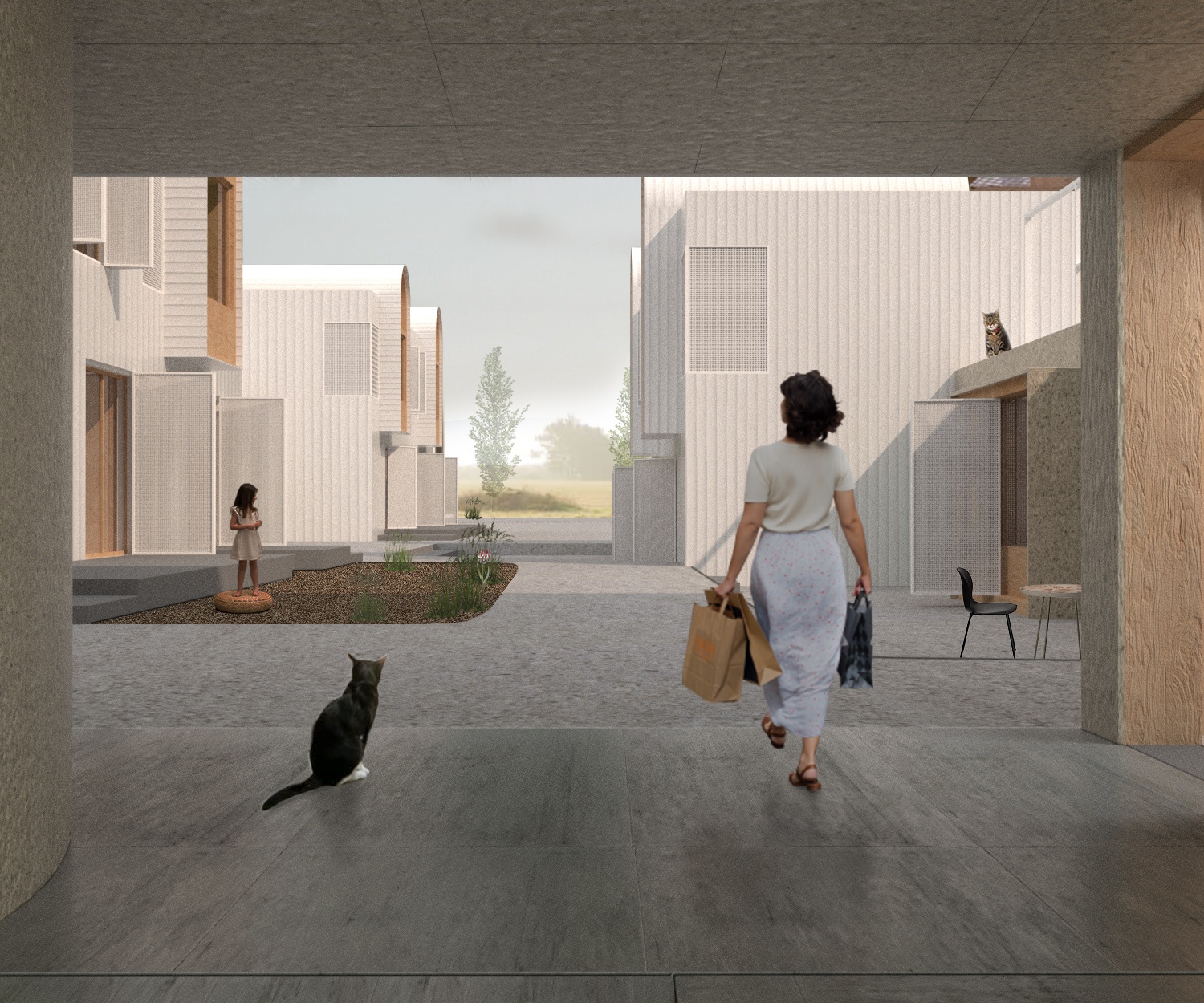 Fulfilled is a non-share capital cooperative at the intersection of the Littlefield Community, Oakman Blvd Community, and the Barton-McFarland Community in Metropolitan Detroit. Following the financial crisis in Detroit and the abandonment of the city – with inflating housing costs and lack of jobs, many Detroiters were foreclosed on and found themselves unable to own homes near places like daycares, food markets, and safe community spaces. This project seeks to establish a multi-phase mixed-use affordable housing project that will allow for the natural growth of a community by allowing residents to take ownership of their residences, prevent foreclosures, and create means of income for the cooperative through its time-based financial model.

In order to appropriately scale the project in regards to the surrounding neighborhoods and its housing needs, it will be built in three phases. The first phase will be focused on transitional housing and arts-based programs, the second will include community programs and housing, and the third will be an expansion of housing. Units have flexible arrangements, enabling them to be used as housing or other programs, depending on the needs of the residents and the needed density relative to the community. Spaces that can accommodate work, play, rented out office spaces, or studio units allow the project to change with the community and its needs.

This project doesn’t seek to prescribe people’s lives nor change their day-to-day dramatically, rather, it seeks to create a base for a community to form. Fulfilled builds additional agency into the community over time.

An illegible archipelago of single family houses is continually being produced in many neighborhoods in Detroit due to the de-densification. While Detroit has the highest percentage of single-parent households Among America’s largest cities, those households are more likely to face challenges in providing financial and mental support to their children without sufficient support from the community.

While the site is located in a child care desert as well as a neighborhood without animal shelters, this project provides a community that reassembles vulnerable households where children, single parents, and cats accompany and care for each other in an informal intimate relationship. A system of care is designed throughout the scale of urban to domestic. Part of the site becomes an urban park that connects to the John Louis Greenway, providing the neighborhood with green space and a varied playground. Linear gardens between garden houses provide spaces for leisure and recreation which emphasizes the shared responsibility of caring for the children. With the interactive elements and child friendly materials used for ground, children can learn to inhabit and handle this extended home space through object lessons. The notion of third space and threshold together contribute to a spatial logic that supports and adjusts cooperation. Among different unit types considering potential combinations of households, the community stations take the most advantage of the flexible layout. They provide supportive service and gathering place for children, parents and cats, as well as facilitating intimate relationships among the community members.