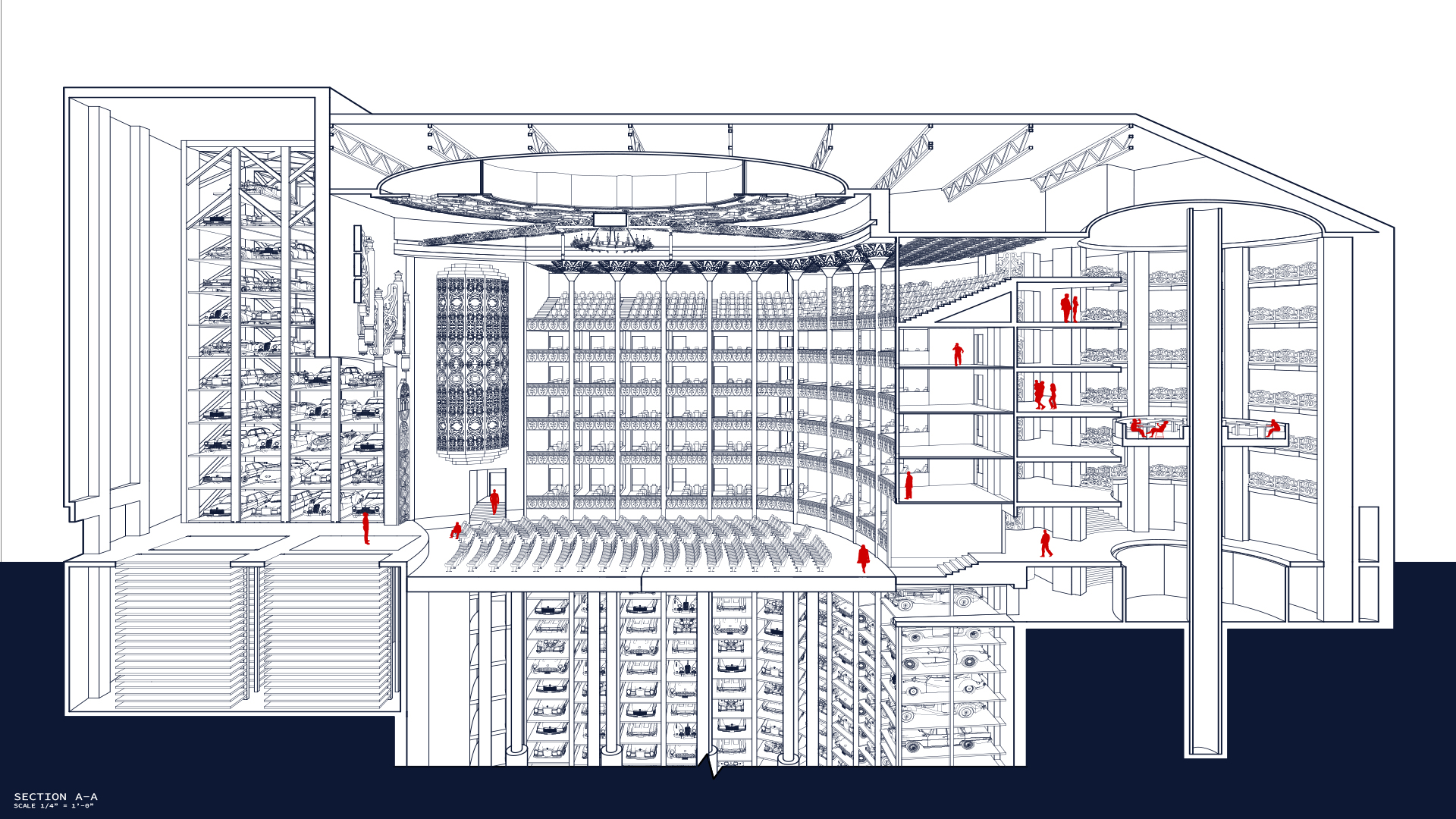 Steven Mankouche – The City of Illusion: inside outside in

This studio focused on architectural ornament, it’s material production process and the development of a lexicon for its use.

For centuries architects have used the theater as an ideal typology to simultaneously explore both model and building. The building often acts as a container for an interior negative space, an inverted building, a model at a different scale. It’s interior, the audience space is also an inversion of the space in front the theater, the civic space of the piazza, transforming the space of the audience, the public space into a model of the city. The stage space is a second form of model, an everchanging space of illusion from interior to exterior, from full scaled to vanishingly small. This architectural effect of relating inside to outside, city to building, reality to illusion, is executed not only through the manipulation of space, volume or form, but through the calibrated use of architectural ornament. However, what ornament gives us that often form does not, is meaning and possibly a form of identity.

Students worked on sites in Detroit of existing and future theaters.

Back to Arch552 – Institutions

Facing the ruinous Deutsche Haus in Detroit, the site aims to become a new theatre to fill the gap of a missing communal space on Mack Avenue. The two plots are united as one by imposing a dominant geometry of a circle, creating a void and mass duo to converse between old and new. Despite there are multiple complexities/ contradictions, circulation, space and structure are scrutinized to achieve a ‘mediated’ architectural solution. Lastly, classical ornaments and orders are explored to echo the historical monument and to recall the histories of Detroit. By embedding in architecture, these elements are meaningful to the building of cultural identity.

Situated on the eastern side of Detroit this project borrows from the typology of a basilica as a central public place. Open to the community through the arcades on the lower levels it is a place of continuous architectural development, shaped by the community. The architectural development becomes a public theatrical element in its own right. Within this factory of cultural place-making ornamentation becomes a public device that allows the local community to tell their own stories, cementing their identity through different scales of architecture. The products of this labor are ready to spill out and reclaim urban space.

Designed by C Howard Crane in 1928, the United Artist Theatre, was abandoned in 1971 and is under city review for demolition. A developer plans to turn the theater into 39 surface parking spaces to convert the high-rise office tower meet into residences. ‘After Life’ is a counter proposal to mediate community desire to preserve the Spanish Gothic Revival interior by deplyoing automated parking technologies within the typology of the Opera theater. ‘Opera Boxes’ operate on trays that slide into the standing structure to hold both cars and spectators enabling the continous flow of 1920 parking space revenue even during off performance times.

Back to Arch552 – Institutions