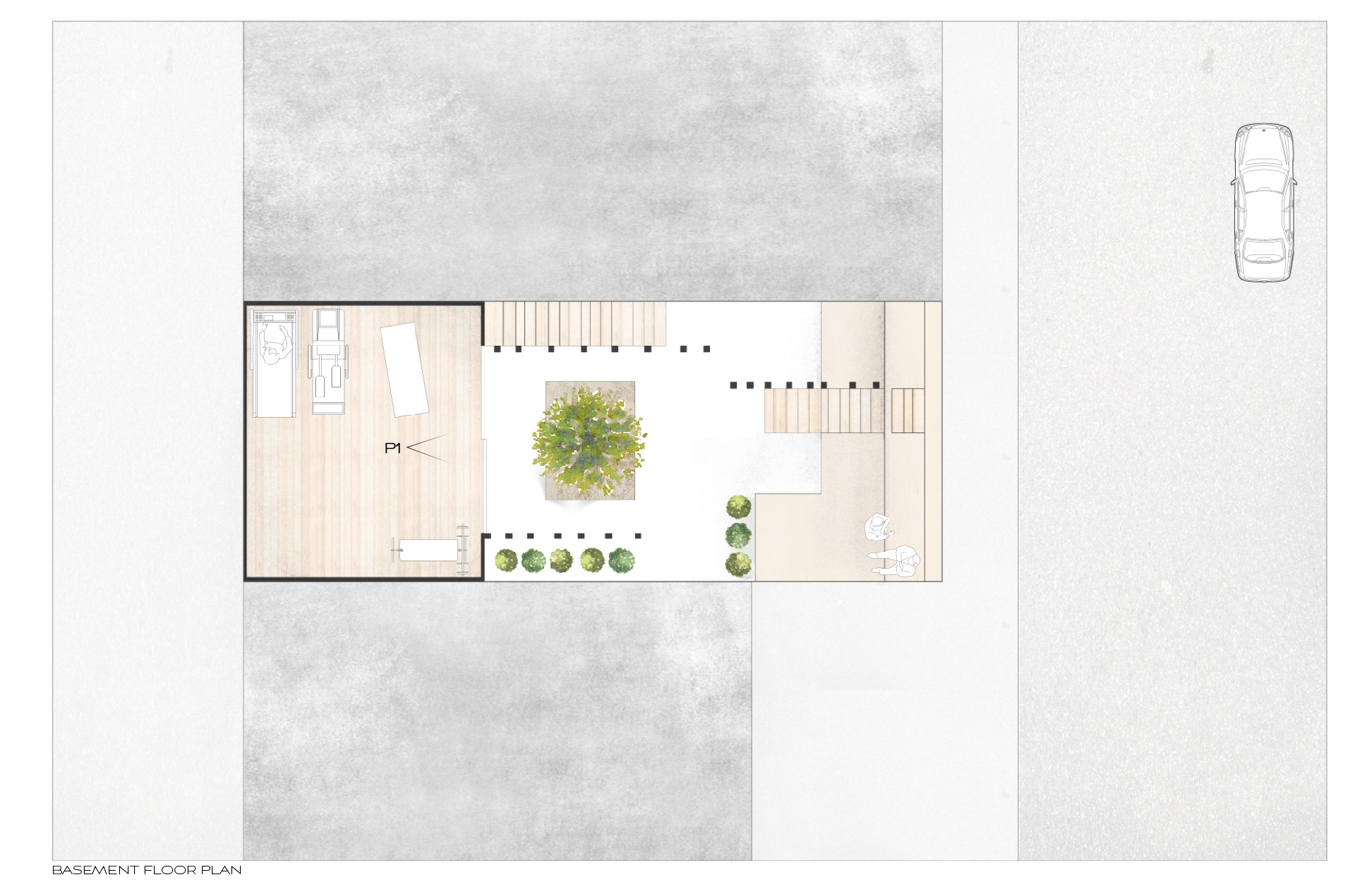 The pandemic redefined the meaning of home. Now, homes have to sustain all aspects of daily life. With entire families doing everything from home, we must demand more from design, for we can produce homes that foster a lifestyle of collective creative living. Stitching Moriyama looks at the precedent Moriyama House, designed by Ryue Nishazawa. Moriyama House redefines the creation of community, forming its own city within the city of Kamata, Tokyo. Residents reside in small atomized units; their lives inevitably bleed out into the public garden that connects them. My project is a model of co-living; its massing subtly merges and shifts producing micro-constructions of space. These spaces are stitched together by a vertical translation of the garden of the Moriyama House. Residents’ lives bleed out into the stitched central space, and this connector gives the opportunity for interaction between residents from different levels of the home.
Within this collective living design, there is an emphasis on maintaining privacy, for some things can’t be shared between roommates. The deployment of a diversity of vertical screens within the design creates a sectional spectrum of privacy. As you circulate up the floors, the screening density increases with maximum privacy near the bedrooms. While on the first floor, the screens serve more as columns where the public can interact with the residents of the home. Stitching Moriyama transforms planar strategies from the precedent into sectional strategies, providing residents with a home that they can live both collectively and independently.

Sydney Cleveland Datesman – “Together in Between: A House and Gallery Enclosure”

Homes are typically comprised of distinct functions containing harsh boundaries. Areas of activity are organized with spaces for the individual and community. Instead of creating set conditions for specific rooms, this house doubles as a gallery. The building inhabits a rotational system where it’s a merger of public and residential activity. Given the structure’s urban environment, the flexibility in function allows for the space to be a small test run if this flip in function would occur for larger programs – an exhibition that would turn to an apartment building for temporary tenants moving in and out.

Ultimately, this project investigates the duality in function for these two narratives to happen. The poche becomes the performer for where it hides traces of domesticity. Personal belongings and other residential components become hidden through built-in storage units and movable partitions. While these moving parts can only cover so much, slippage in programs is possible for one narrative to see the other. Duality in function is put to the test in a space that is wrangling between a house and gallery.